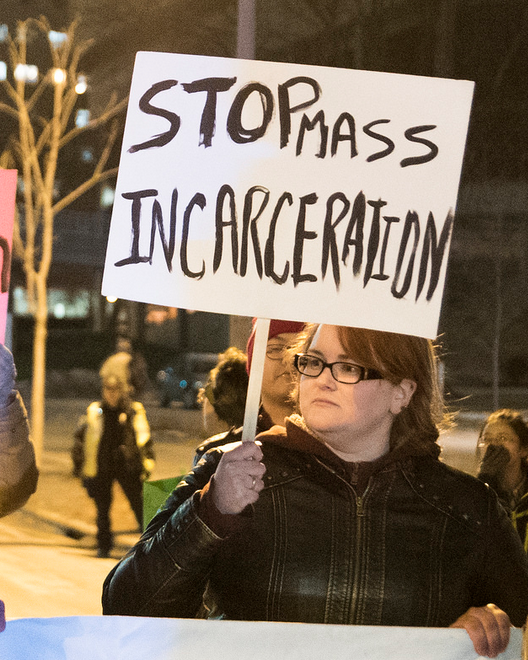 The movement against police violence — a movement perhaps best summed up by the slogan Black Lives Matter — is at a turning point.

Of course, police abuse of power is as old as policing itself. Racist and disproportionate police misconduct, and violence targeted at communities of color, is just as lasting. But it seems in recent months that something is happening that points to a major opportunity for real and lasting reform.

One clue to this shift happened in the past few weeks. Amid the physical and emotional rebuilding of Baltimore following the in-custody killing of Freddie Gray and the public protest and revolt that followed, Democratic presidential candidate Hillary Clinton gave her first policy speech of the campaign season. It was a call for comprehensive police reform.

Clinton didn’t just call for small reforms, but questioned the whole logic of current police practices – calling on Congress to, “end the era of mass incarceration.” Her remarks are also surprising because they are in stark contrast to the policies enacted by her husband, former president Bill Clinton, just two decades earlier.

Then-President Clinton signed into law the Violent Crime Control and Law Enforcement Act of 1994, which made three-strikes a federal law, expanded the number of violations subject to capital punishment, used block grant funding and a number of other sweeping measures that advanced criminalization of everyday life.

At the time, there were about 1 million people in the prison in the U.S. Now there is 2.3 million. The 1994 Crime Bill federalized “three-strikes” laws, massively expanded the number of death-penalty crimes, created whole new categories of crime for immigrants and suspected gang members, and put an additional 100,000 police on the street around the country. Mass incarceration became the law of the land.

While policing certainly wasn’t great for black communities before 1994, since then extreme and excessive policing has been encouraged through incentives, and Congress and the President changed policing as we knew it. The lost lives from Ferguson to Baltimore are only a small hint of the devastating results.

But Hillary Clinton is not the only mainstream figure to recently come out against current policing practices. A number of law enforcement officials have spoken publicly of late about persistent racial problems in police departments nationwide.

Significantly, last year just before announcing his resignation, former Attorney General Eric Holder (the country’s top cop mind you) — declared that, “for far too long – under well-intentioned policies designed to be ‘tough’ on criminals – our system has perpetuated a destructive cycle of poverty, criminality, and incarceration that has trapped countless people and weakened entire communities – particularly communities of color.”

Now even Bill Clinton is getting in on the act, saying his wife and presidential candidate should repeal the very laws he championed, saying, “We have too many people in jail.” The admission may be a little late, but it’s a welcome change. More importantly it marks an opportunity for organizers, activists, and all communities affected by these disastrously failed policies, to redefine safety and security and change policing as we have come to know it.

But it’s an opportunity that won’t last forever. The question is whether the movements are prepared to take advantage of the moment. It’s up to us.