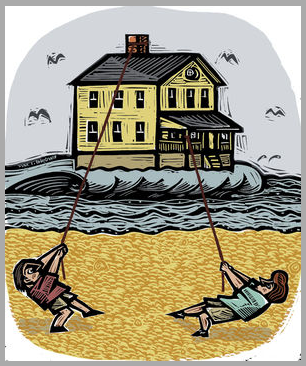 This opinion piece by LeeAnn Hall originally appeared in the Seattle Times.

By LeeAnn Hall and Will Pittz

While the recession officially ended in 2009, there are still over 9 million households across the country with homes worth less than the value of their mortgage. There are still neighborhoods in Seattle where more than 20 percent of homes are underwater.

How many more Seattle families need to lose their homes in the foreclosure crisis that continues year after year? There are solutions, but they need champions, and leadership – both locally and nationally.

Advocates are pushing the Seattle City Council to pursue a local principal reduction program to reset the value of mortgages based on their current market value. That local action can help thousands of homeowners in Seattle, but it must include strong buy-in from the City Council and include mechanisms to encourage big banks to participate. Proposals are outlined in a recent report by Reset Seattle and the Alliance for a Just Society.

Thankfully, members of the City Council are making progress. The council commissioned a short study on the feasibility of principal reduction in Seattle, and council members have publically expressed their intent to pursue a program similar to one in Oregon. This action comes too late for homeowners who have already lost their homes, but it can still help many families throughout the city with underwater mortgages.

While Seattle is making slow progress, other families throughout the country also need champions. Leadership was expected from Mel Watt, the recently appointed director of the Federal Housing Finance Agency (FHFA).

For more than 20 years, Mel Watt served the people of North Carolina as a member of Congress. During that time, he earned a reputation of being on the side of working families in his district, including those who were struggling to make ends meet. Watt advocated for struggling homeowners, co-sponsored mortgage reform, and promoted affordable housing.

However, as director of FHFA, Watt has done an about-face. While he once urged the president to enact principal reduction, he has done nothing to take steps within his power to make that assistance a reality. Such steps would not even require congressional approval.

It’s too late for millions of homeowners across the country, it’s not too late for leaders at the local and national level to step up and take action for those homeowners still struggling.

The foreclosure problem hasn’t gone away; the need for assistance remains critical in Seattle and nationally, especially in urban neighborhoods and among people of color. In many cases, these mortgages were the result of predatory lending practices in the years leading up to the market’s collapse.

By not acting, Watt is making matters worse. Local leaders on the Seattle City Council are considering a great step to help homeowners in Seattle and especially communities of color, as in the International District and Delridge, that still have high rates of underwater mortgages. However, both local and national action must happen soon before more families lose their homes.

It’s time for Seattle to move quickly toward a local principal reduction program, and it is well past time for FHFA Director Watt to remember the work that landed him in the nation’s capital and take action to help homeowners.