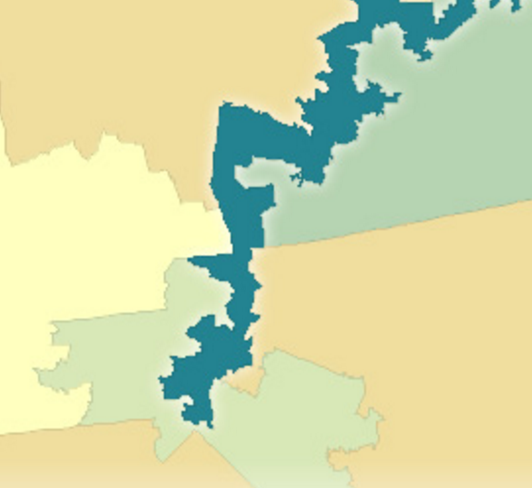 As the election season picks up steam, the matter of voting rights is making its way back into the mainstream media. Voters need to have their voices, and their votes counted. However, many of the newest congressional districts have been drawn in a way that limits the voice and voting power of people of color, which has repercussions for our democracy beyond the violation of personal rights.

Gerrymandering is the deliberate manipulation of district lines in favor of one party or class. It’s partially to blame for our current political climate. Gerrymandering not only creates extreme polarization and weakens the votes of moderates and minorities, it also reinforces racial stereotyping and housing segregation. Politicians capitalize on this disparity by creating fewer districts with high concentrations of minorities to erode representative power of people of color at both the state and federal level.

In a high-stakes election year it’s especially critical to ensure our elections are equally representative and fair. Gerrymandering conflicts with these principals and creates systematic barriers that must be addressed and remedied.

As David Wasserman, a leading political analyst and editor observed, “In the process of quarantining Democrats, Republicans effectively purged millions of minority voters from their own districts, drawing themselves into safe, lily-white strongholds with an average Republican House district that is 75 percent white.”

While the 1965 Voting Rights Act mandates increased representation for people of color, those in power are using the law it to justify gerrymandering as the only way to maintain racial fairness and representation. The Courts have found this justification faulty.

In February, the U.S. Court of Appeals ruled that two districts in North Carolina are unconstitutional based on racial gerrymandering and must be redrawn for the November 2016 elections.

While North Carolina’s presidential primary still went forward in March , the congressional primary has been moved to June 7. The Supreme Court denied North Carolina’s request for a stay, effectively enforcing the lower court’s ruling to begin the process of redrawing the congressional map. The ruling illustrates the court’s likelihood of following previous decisions, such as those against Alabama and Virginia last year.

Those rulings confirmed that most of the districts in those states were blatantly racialized and violated section 5 of the Voting Rights Act – that districts cannot be based on “any predetermined or fixed demographic information.” These rulings were made when Justice Scalia still remained on the Court, and although his death has shifted the dynamics of the bench, it seems likely that the lower courts ruling will be upheld.

The effects of gerrymandering are visible and have long-term consequences for our country and the sanctity of our democratic process. Whether it is the gridlock in Congress, the extreme rhetoric from both sides of the aisle, or the lack of political power of people of color already in Congress, the effects are being felt with few options for recourse.

The current congressional map makes it difficult for Democrats to regain control of the House, as evidenced in 2012 when Democrats won 1.4 million more votes nationally, yet Republicans won 33 more seats in the House of Representatives.

And while all but three of the African-Americans in the House are Democrats, they are bound to stay part of the minority party with fewer high-ranking committee appointments because of their ‘safe’ districts and the tendency for party leaders to “dole out plum assignments and opportunities to carry legislation to members facing competitive elections” All of these are consequences of politicians’ clear conflict of interest when drawing their own district lines.

Potential tools to address this issue have been implemented in 23 states in varying degrees across the country. States have established three types of independent commissions. Thirteen states give their commission primary responsibility for drawing new districts, five have an advisory commission that assists the legislature, and five have a backup commission that will make the decision if the legislature is unable to agree.

This is a significant step in removing the conflict of interest that fuels gerrymandering. However, it is crucial to be aware of how the commissions are selected and designed to prevent the perpetuation of partisan politics that led us down this path in the first place.

Recent court cases have bolstered gerrymandering visibility and outrage, and set precedents for the future. Typically, redistricting occurs after the most recent U.S. Census, which is done every ten years. That means that 2020 will be the next big opportunity for legislators and citizens to stand up and fight for common sense districts that reflect the people who live there and represent the diversity of race, religion, ethnicity, and beliefs within our communities.