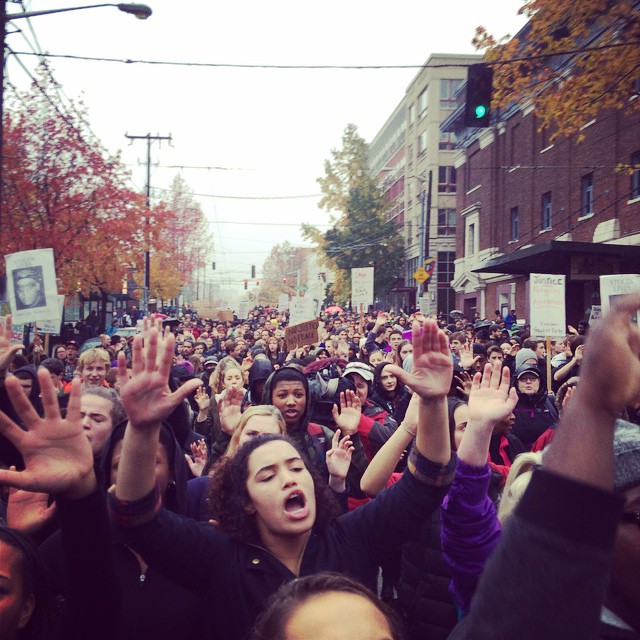 The holiday season — a time of counting your blessings, spending time with your family, and abundance.

It is also a time for a huge portion of workers — unable to make basic ends meet — to be made painfully aware of how they are falling short.

About half of all full-time workers of color in the United States do not make $15 a or more an hour, a figure that actually is not a living wage for a single adult in most places.

This has been a racially charged November, with election voter suppression efforts, President Obama’s executive order on deferred action for undocumented immigrants, and a Ferguson, Mo., grand jury’s decision not to indict officer Darren Wilson.

Here in Seattle, we got the chance to march with Seattleites protesting the Ferguson grand jury’s decision, another example of injustice in a system designed for most of us to fail. It was inspiring to see 1,000+ high school students apparently ditching school to join the protest. Here was the scene: 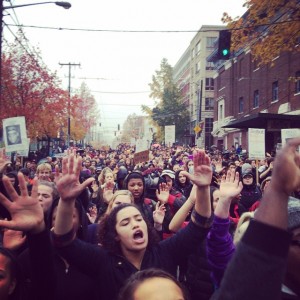 And so, after such a significant month in racial equity, it is fitting that it ends with a Black Friday Walmart strike in six states and protests at 1,600 stores across the country.

It is vital that we call out a company’s actions for what it is. Walmart is chronically paying their workers poverty wages. The largest private employer uses public resources to pad profits.

Our report finds that a staggering percentage of full-time workers aren’t making ends meet and can’t support a family.

That system that Walmart continues to perpetuate is disproportionately and persistently leaves people of color in low-wage work, and is tantamount to economic racism. 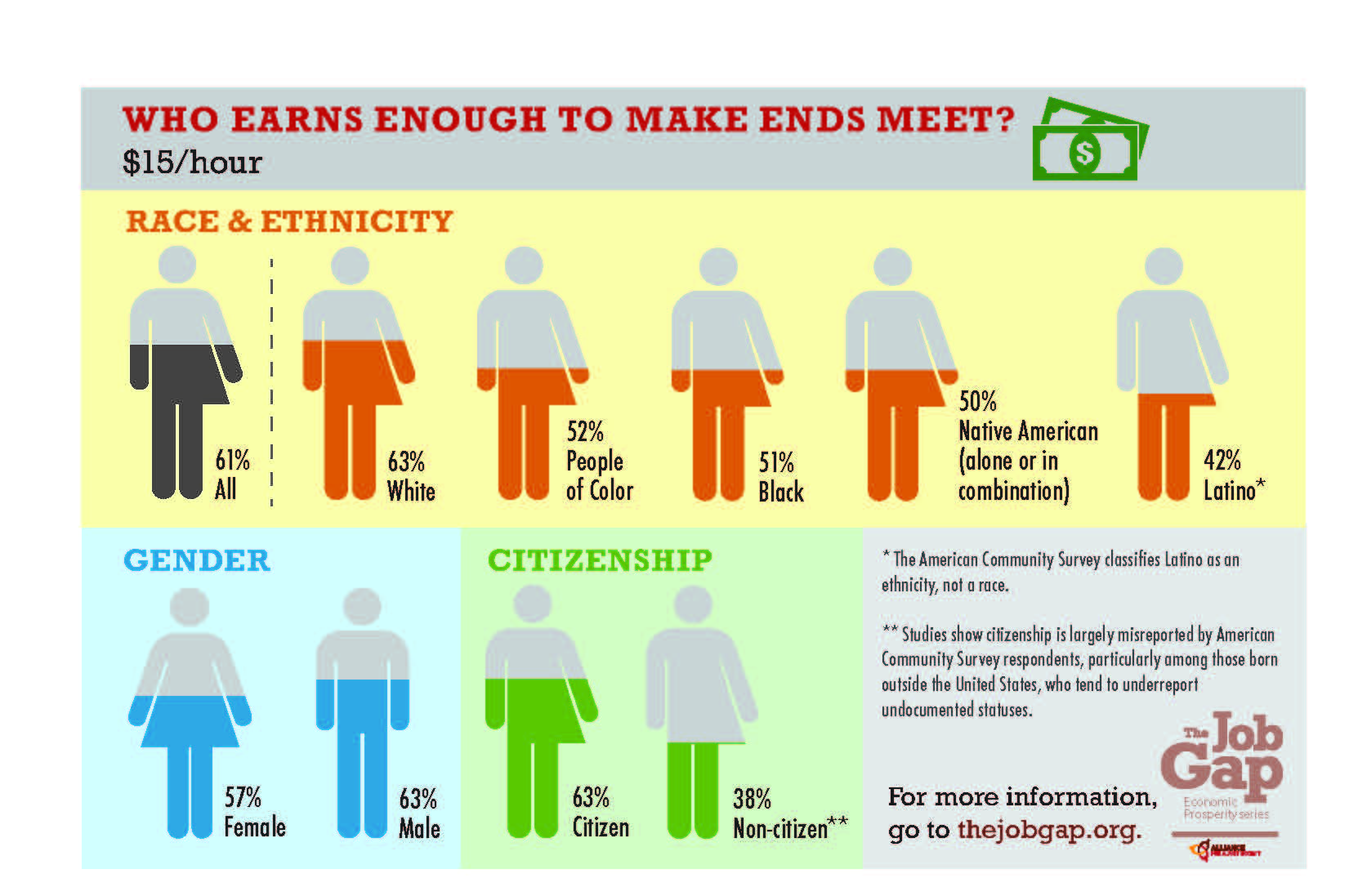 A Basic American Value: A Job that Provides

Women and people of color are concentrated in occupations with low earnings, including at Walmart. These are workers we know, they are people we see every day.

The percentage of people in this state who are working full-time and not being paid enough to support themselves, much less a small family, is unconscionable.

It is a basic value in America: If you work full-time you are able to support yourself and your family.

In the November election, from San Francisco to Arkansas, in blue states and in red states, voters supported minimum wage increases.

Workers who don’t make a living wage face impossible choices. They don’t buy needed medications, parents skip meals so children can eat, they don’t turn on the heat in winter.

And it doesn’t have to be this way.

Full-time work must pay enough for families to do more than barely survive — families deserve to thrive.