If you woke up tomorrow and discovered that you were a Member of Congress, what would be your first order of business? The economy is in the tank, so maybe you would endeavor to create a jobs program to curb unemployment. Poverty is on the rise, so you could consider options for strengthening the country’s safety net programs such as food stamps and cash assistance. States all find themselves in dire budget straits, so perhaps you would push to alleviate some of the crises by infusing more federal money into state coffers. And of course, because we need money to pay for these critical items, you could revisit the whole rich-not-paying-their-fair-share-of-taxes issue.

Or, like the actual new Members of Congress, you could promote a bill that would repeal health care reform, and prioritize the profits of corporations over the well-being of people. END_OF_DOCUMENT_TOKEN_TO_BE_REPLACED

On January 5 Make the Road New York, an Alliance for a Just Society  affiliate, won passage of comprehensive New York City legislation that will crack down on dangerous housing conditions that endanger the health and well-being of families. END_OF_DOCUMENT_TOKEN_TO_BE_REPLACED

This post was written by Dan Lombardi, small business organizer for the Main Street Alliance of Oregon.

On Wednesday, January 12, the Main Street Alliance of Oregon held a press conference in the state capitol of Salem to announce the release of a report: Direct from Main Street: Oregon Small Business Views on Credit and Lending. The report asked 116 Oregon small business owners and small family farmers about their experiences, since the recession began, with credit and lending. It also asked them for their perspective on one proposal to address the credit crunch: the creation of a state bank that would partner with local financial institutions to support small business lending and community economic development. END_OF_DOCUMENT_TOKEN_TO_BE_REPLACED

This report shares the findings of a survey of Oregon small businesses, focusing on their experiences with credit and their reactions to one current proposal to support small business and economic growth: the creation of a state bank. This report contributes to the discussion of such a proposal by sharing the perspectives of Oregon’s Main Street small businesses. 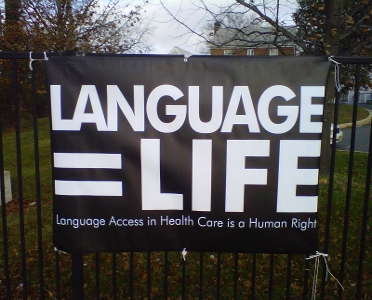 During the week of December 6, organizations throughout the country hung banners with the message “Language = Life: Language in Health Care is a Human Right.”  They sent a clear message to the White House and the Department of Health and Human Services  that language access is right, not a privilege. END_OF_DOCUMENT_TOKEN_TO_BE_REPLACED

It’s been public knowledge for a while now that the health insurance industry secretly funneled money to the US Chamber of Commerce to fund its smear campaign against health care reform in 2009. What we didn’t know, though, was just how much money. Now, thanks to some good investigative reporting by Bloomberg News, we do. And the magic number is… $86.2 million. END_OF_DOCUMENT_TOKEN_TO_BE_REPLACED 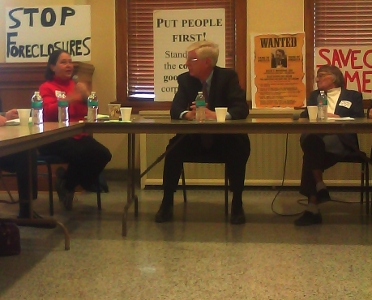 Iowa’s Attorney General Miller also agreed that principal reductions, loan modifications, and compensation for defrauded homeowners are all on his agenda

The lead Attorney General in the 50-state foreclosure investigation, Iowa’s Tom Miller, told homeowners at risk of foreclosure today that he supports a settlement with the big banks that requires significant principal rate reductions, loan modifications, compensation for citizens defrauded of their homes, and criminal prosecutions against big bank executives who broke the law. END_OF_DOCUMENT_TOKEN_TO_BE_REPLACED

On December 8, the U.S. House passed the DREAM Act, a measure that would allow thousands of undocumented youth to continue their education and earn a path to citizenship. It has been nine years since the DREAM Act was first introduced in Congress. Now, it seems that the bill has a real chance of passing in both the House and Senate.  If the DREAM Act does pass, it would mean that over 2 million undocumented youth will finally be able to get on a clear path to U.S. citizenship.

END_OF_DOCUMENT_TOKEN_TO_BE_REPLACED 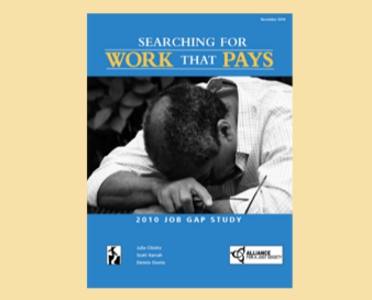 These numbers are even more devastating when compared to the record profits that U.S. corporations are making. While millions are desperately trying to make ends meet, annual corporate profits hit an all-time high of $1.66 trillion according to a recent report from the Commerce Department.

The appalling disparities between people and corporations are brought to light by findings in this annual Job Gap study. The report calculates a living wage for a variety of family sizes, and then measures how many job openings pay that wage. Living wages are calculated for all counties in Colorado, Idaho, Montana, Oregon and Washington.

A living wage allows a family to meet its basic needs without public assistance and provides some ability to save money for emergencies and to plan ahead.

The report also finds serious shortfalls between the number of people seeking work and the availability of jobs that pay a living wage. This is known as the “job gap.”

For many in the Northwest and Colorado, public investments in families and communities are more important than ever. Yet supports like unemployment insurance, child care, and basic health are threatened by the public revenue crisis, while corporate profits continue to escalate.

The 2010 Job Gap Study looks at the availability of living wage jobs in Colorado, Idaho, Montana, Oregon, and Washington. This report provides calculations of: