On July 23, 250 Washingtonians spent a rare sunny Seattle Saturday in a leadership conference!

WashingtonCAN’s annual Summer Leadership Conference was attended by about 250 committed community members. Turnout included people from WashingtonCAN, Working Washington and other progressive organizations and labor unions across Washington. Folks from Vancouver to Tacoma to Spokane participated.

Workshop topics ranged from Holding Banks Accountable and Knowing Your Rights with Police and ICE, to Direct Actions, Building a Movement for Jobs, and Fighting Structural Racism.

Elected officials including Congressman Jim McDermott and King County Executive Dow Constantine joined the crowd for the Speak-out for Good Jobs. They listened to community outcries for living-wage jobs, immigration reform and corporate accountability. The fired up, standing-room only auditorium frequently erupted into impromptu chanting and cheers as people shared their stories and called on government to make change.

The afternoon came to a close with a series of debates on strategy and different approaches that move our economic justice agendas.

Participants went home with extra energy, skills and political analysis to further their fight for justice. The event was a great success!

Video of the event can be found here: Speak-out for Good Jobs at WACAN Summer Conference 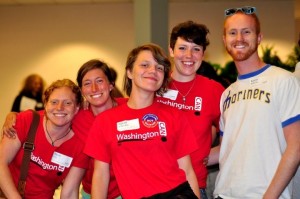 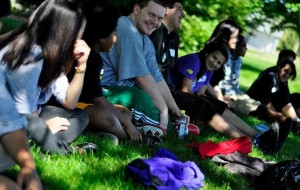 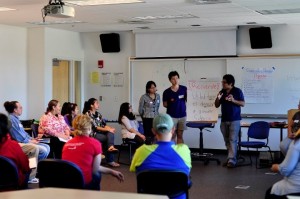