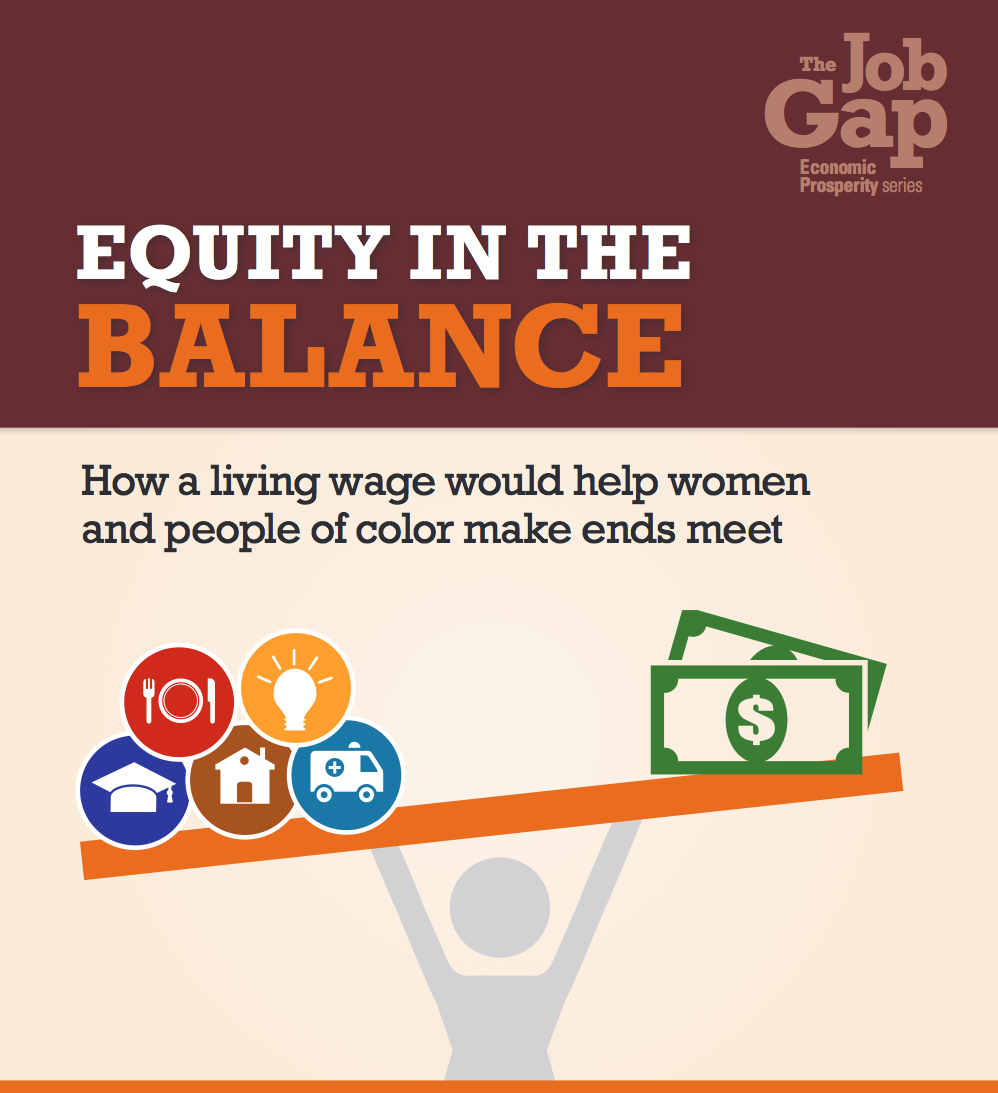 A living wage: the ability to make ends meet, to provide for necessities as well as to have some left over for savings and miscellaneous expenses. It sounds simple, but for a large number of workers across the country, it is far out of reach. For a staggering percentage of women and people of color, it is only an impossible dream

Today, the Alliance for a Just Society releases “Equity Out of Balance,” the latest installment in the Job Gap Economic Prosperity Series. The study shows that while nationally, and in 10 states and New York City, a significant percentage of all full-time workers fall short of earning enough to make ends meet, working women, workers of color, and non-citizen workers are especially less likely to earn enough for a single adult to support herself, let alone support a family.

This staggering disparity did not come about by chance; rather, a history of discriminatory policies laid the groundwork for the disparities that still exist today. When women were denied the right to vote or to keep their own earnings if they were married; Black slaves were sold as property and freed slaves kept in a system of slave-like conditions; Native Americans forced from their homeland to barren territory; and immigrants who were not free and white were prevented from becoming citizens, a system of economic racism and gender discrimination became entrenched in the nation’s culture.

Increasing the minimum wage and abolishing the tipped minimum wage will disproportionately help women and people of color, but more targeted solutions can help advance pay equity. Equal opportunity statues and affirmative action should address these disparities and ensure that discrimination does not keep women and people of color at the bottom of the pay scale, but such statutes must be strengthened to ensure that they are actually effective. Additionally, unionizing sectors not covered by the National Labor Relations Act (like home care workers) and fast food and retail workers will help millions of workers across the country gain access to better pay, benefits, and worker protections, and will especially help the women and people of color working those jobs.

For over two hundred years, women and people of color have been subject to policies that keep them stuck at the bottom; it’s past time for that to change.