This section of the report card evaluates states based on their performance on key measures of health insurance coverage for women and the share of women who remain uninsured.

The section includes key data points for the share of women who are uninsured in each state, both for the overall population and with breakdowns by race and by income threshold, from the U.S. Census Bureau’s 2013 American Community Survey and from the Census Bureau’s Small Area Health Insurance Estimates (SAHIE) program. It also includes the most recent data from the Gallup-Healthways Well-Being Index estimating uninsured percentages in mid-2014 and changes in the uninsured from 2013 to mid-2014 (though the Well-Being Index data is available only for whole state populations, not limited to women, it is the most current information available on state uninsured rates and is a useful proxy for exploring recent trends in health coverage). 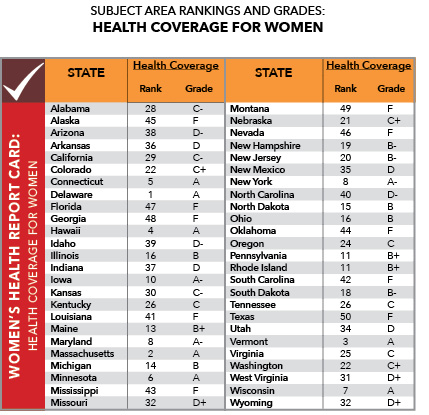 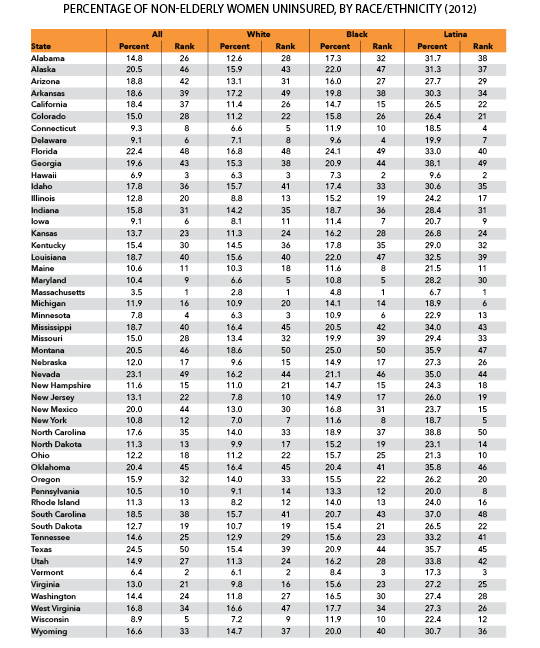 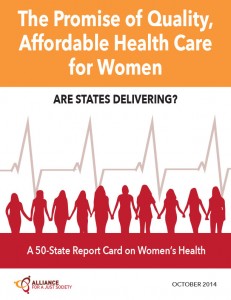